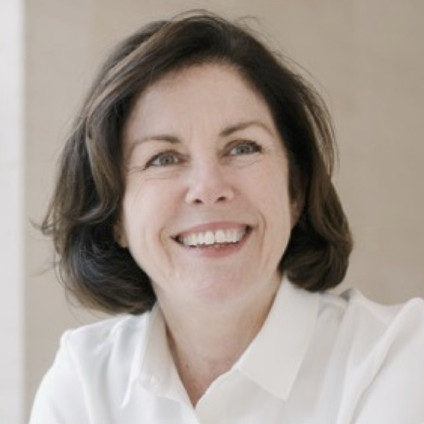 Suzanne Cotter is the director of the Mudam Luxembourg since January 2018.
Born in Australia, Ms Cotter studied art history first at the University of Melbourne, and later at the Ecole du Louvre in Paris and at the Courtauld Institute in London. From 2006 to 2007, she followed a postgraduate training in cultural management which aimed to promote the place of women in the artistic and cultural sectors.

Suzanne Cotter has curated over 150 exhibitions of contemporary art contributing to numerous catalogues and lecturing in museum and institutions around the world. Among the awards and honours received are the 2014 Best Projects Award from the Association of Portuguese Museums and the Alice (Artistic Landmarks in Contemporary Experience) Prize for the 10th Biennale Sharjah. In 2005, Ms Cotter was made Knight of the Order of Arts and Letters in France.