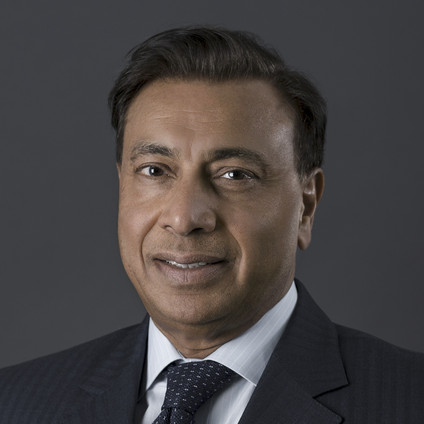 Mr.Mittal was born in Sadulpur in Rajasthan in 1950. He graduated from St Xavier’s College in Kolkata, where he received a bachelor of commerce degree

In 2004, Mittal Steel was founded following the merger of Ispat International and LNM Holdings, and the simultaneous acquisition of International Steel Group. Shortly after, in 2006, Mittal Steel launched an ambitious bid to merge with Arcelor, creating ArcelorMittal.

In addition to his role at ArcelorMittal, Mr. Mittal is an active participant of various boards and advisory councils. He is chairman of the board of Aperam and a member of the board of Goldman Sachs.

Mr. Mittal, with his wife Usha Mittal, is also an active philanthropist.