“Now I represent a like-minded ally”

John Marshall: “A healthy, prosperous and secure EU is in the UK’s own national interest.” (Photo: Jan Hanrion/archives Maison Moderne)

Focus on the three questions asked to John Marshall, the British ambassador to Luxembourg, in preparation for the 10x6 Finance: Luxembourg post-Brexit organised by the Paperjam + Delano Club on Thursday 25 March at Kinepolis, in Kirchberg.

Can you give one example of how Brexit has resulted in a change for you or your organisation?

“Three months a year – in April, June and October – the EU Council of Ministers meets in Luxembourg. While the majority of support to visiting British ministers was provided by colleagues from the UK’s Permanent Representation to the EU in Brussels, ministers would often stay at my residence and hold dinners and meetings there. This, of course, no longer happens, and there are a handful of meetings for EU ambassadors or embassies here that we no longer attend. But the majority of the work of our embassy was not directly linked to our membership of the EU and continues as before. In my dealings with the Luxembourg government the only difference is that now I represent a like-minded ally (on most issues at least) rather than a fellow EU member state.

Over the last two years which moments in the negotiation process stand out for you?

“For me the key moments in the last two years were the UK elections on 12 December 2019 and the October European Council last year. The December 2019 election saw the re-election of the Conservative Party under Boris Johnson with a clear majority and a mandate to deliver Brexit. That brought an end to the turbulence of the previous couple of years and led to the swift ratification of the Withdrawal Agreement and our exit from the European Union on 31 January 2020. We then set out clearly our approach to the negotiations on our future relationship with the EU, based on election manifesto commitments, and the Trade and Cooperation Agreement delivered on these. A misstep by the EU at the October European Council led to a breakdown in the talks but this in turn led, belatedly, to an intensification of the negotiations and eventually to an agreement on a deal on Christmas Eve.

If we were having this conversation in five years’ time, in which condition do you believe the EU would be?

“Hopefully a healthy, secure and prosperous condition. A healthy, prosperous and secure EU is in the UK’s own national interest. I’d like to think that sentiment is reciprocated.”

You can register to join us at this 10x6 here . 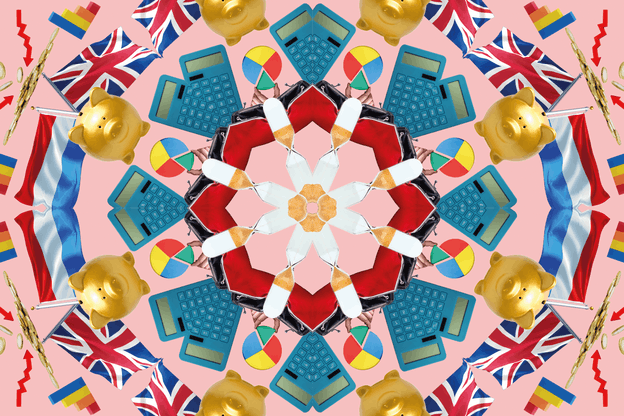